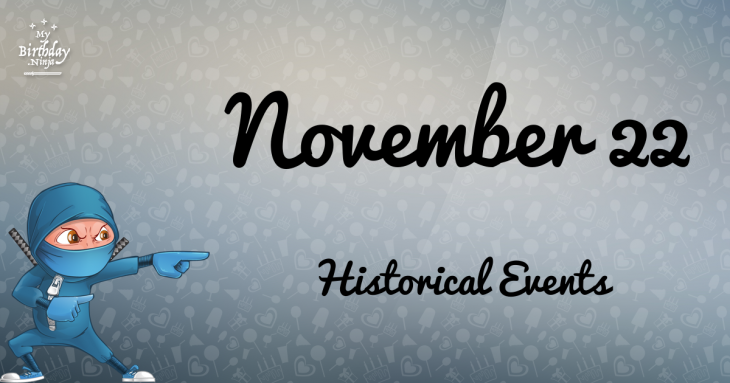 The following events took place on November 22. The list is arranged in chronological order.