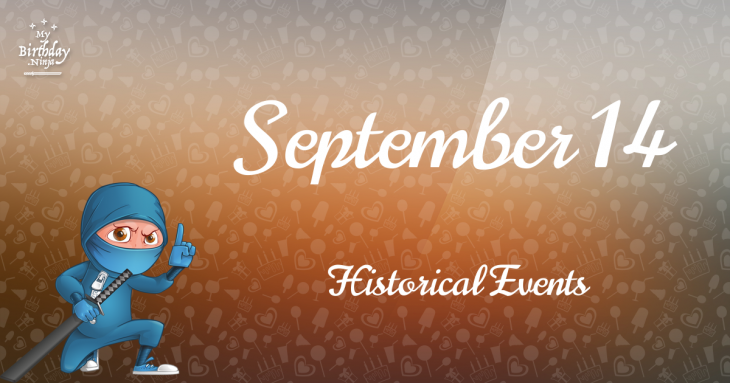 The following events took place on September 14. The list is arranged in chronological order.

Did you know that coffee and word games are an excellent combination to sharpen your vocabulary? Let’s give it a quick spin. Within 30 seconds, how many words can you think of from these letters ANVJJEAR? Check your answers here: Make words with these letters ANVJJEAR. (Sponsored by WordFinder.Cafe)