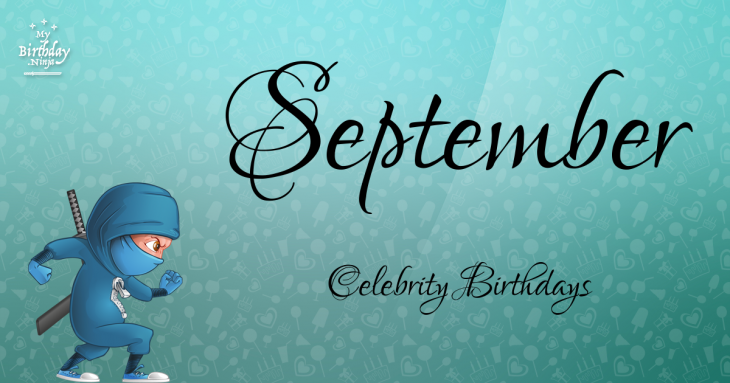 Tip: Click the free September celebrity birthdays ninja poster above to save the high quality version. A new design will be generated for you everyday. Collect all 16 ninja poses.

The following 2,524 celebrities were born in the month of September. The savvy list includes actors, actresses, models, singers, rappers and producers. A random sample was chosen for each day. Click the    after the name to explore the birth date info.

Zodiac signs for September are Virgo ♍ and Libra ♎. The modern birthstone for September is Sapphire while the mystical gemstone (based on Tibetan origin) is Agate.