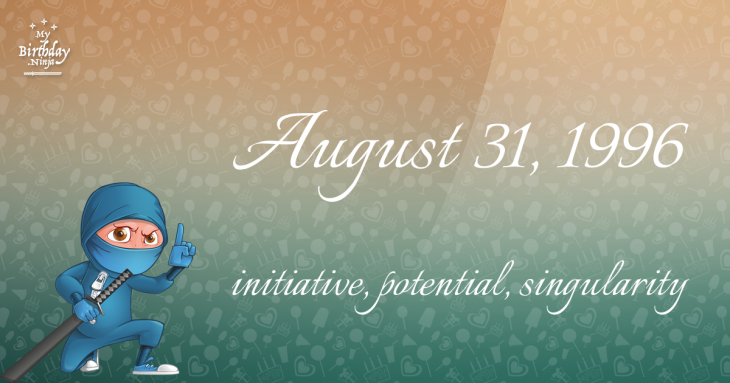 There are 30 days left before your next birthday. You will be 25 years old when that day comes. There have been 9,101 days from the day you were born up to today. If you’ve been sleeping 8 hours daily since birth, then you have slept a total of 3,034 days or 8.31 years. You spent 33% of your life sleeping. Since night and day always follow each other, there were precisely 308 full moons after you were born up to this day. How many of them did you see? The next full moon that you can see will be on August 22 at 12:03:00 GMT – Sunday.

If a dog named Duct Tape - a Lhasa Apso breed, was born on the same date as you then it will be 116 dog years old today. A dog’s first human year is equal to 15 dog years. Dogs age differently depending on breed and size. When you reach the age of 6 Duct Tape will be 40 dog years old. From that point forward a small-sized dog like Duct Tape will age 4 dog years for every human year.

Did you know that coffee and word games are an excellent combination to sharpen your vocabulary? Let’s give it a quick spin. Within 30 seconds, how many words can you think of from these letters RKEYACVIQONF? Check your answers here: Word scramble RKEYACVIQONF. (Sponsored by WordFinder.Cafe)