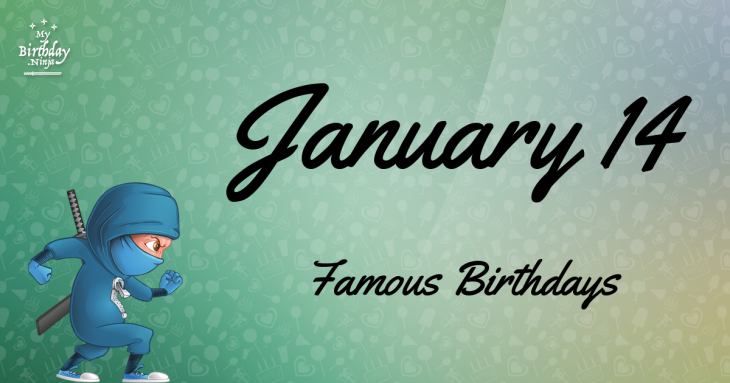 The zodiac sign of a person born on this day is Capricorn ♑ (The Sea-goat) – a cardinal sign with Earth as element. January 14 is the 14th day of 2022 and there are 351 days remaining until the end of the year. Friday is the day of the week. This is the 2nd Friday this year.