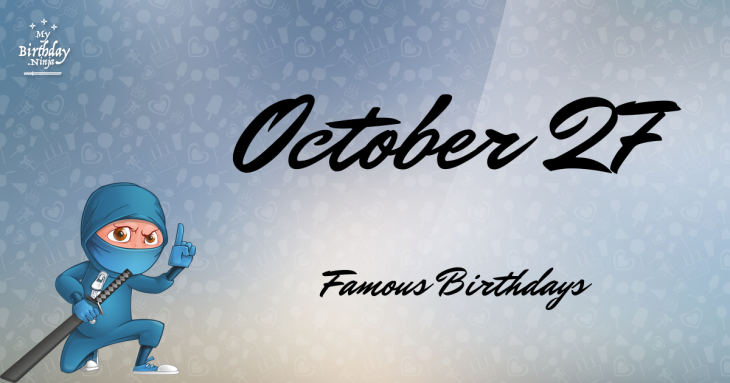 The zodiac sign of a person born on this day is Scorpio ♏ (The Scorpion) – a fixed sign with Water as element. October 27 is the 300th day of 2021 and there are 65 days remaining until the end of the year. Wednesday is the day of the week. This is the 43rd Wednesday this year.

The following famous people celebrate their birthday on October 27th. The list is arranged in chronological order and includes celebrities like actors, actresses, models, singers, rappers and producers. Click the    after the name to explore the birth date info and know the meaning of their life path number.

Did you know that coffee and word games are an excellent combination to sharpen your vocabulary? Let’s give it a quick spin. Within 30 seconds, how many words can you think of from these letters UZDBGJMMOEJEI? Check your answers here: Word scramble UZDBGJMMOEJEI. (Sponsored by WordFinder.Cafe)